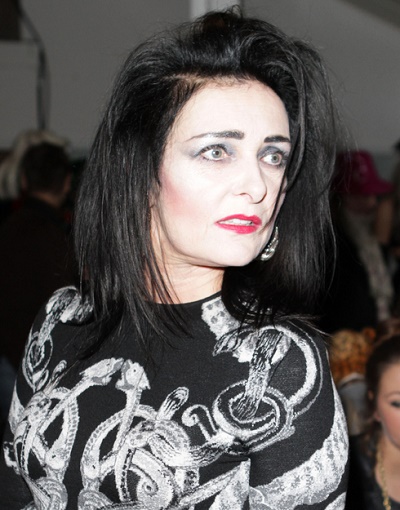 Siouxsie Sioux is a British singer, songwriter, musician, and producer. She was the lead singer of the rock band Siouxsie and the Banshees and the drums-and-voice duo the Creatures.

Her father was Belgian (of Walloon background). Her mother was of English and Scottish descent. Her family lived in the Belgian Congo (now Congo) before her birth.