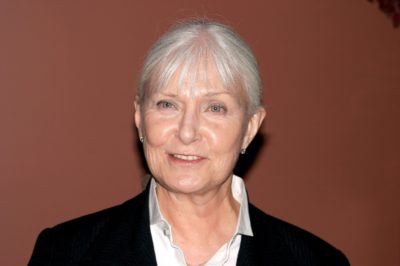 Woodward in 2003, photo by Prphotos

Joanne Woodward is an American actress, producer, activist, and philanthropist. She won the Academy Award for Best Actress for The Three Faces of Eve (1957).

Joanne is the daughter of Elinor/Eleanor Gasque (Trimmier) and Wade Woodward, Jr. She was married to actor Paul Newman, until his death. They have three children, including actresses Nell Newman and Melissa Newman.

Joanne’s paternal grandmother was Minnie Waunita Verdery (the daughter of Richard Walthall Verdery and Georgia Ann Leonard). Minnie was born in Georgia. Richard was the son of Benjamin Francis Verdery and Mary Ann Jackson. Benjamin was born in Georgia, to a French father and a mother of French descent, from San Domingo, Dominican Republic. Joanne’s great-grandmother Georgia was the daughter of Uriah L. Leonard and Cassandra Magruda Drane.

Genealogies of Joanne Woodward (focusing on her father’s side) – https://www.geni.com
http://www.wikitree.com