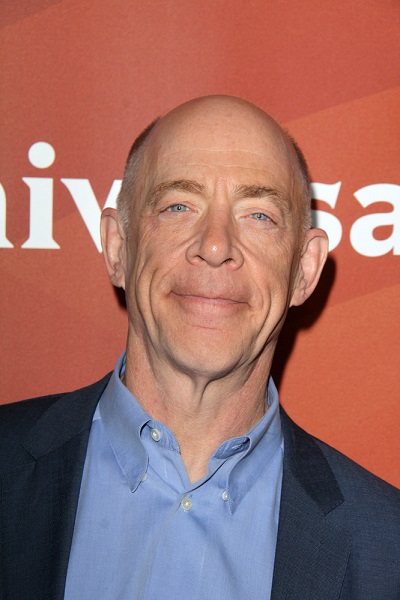 Simmons in 2014, photo by PrPhotos

J. K. Simmons is an American actor. He won the Academy Award for Best Supporting Actor for Whiplash (2014). His roles also include television’s Oz, the Spider-Man universe, and The Ladykillers, Juno, Patriots Day, and Being the Ricardos, among many other films.

J. K. is the son of Patricia and Donald William Simmons. When he was ten, his family moved to Worthington, Ohio, and at eighteen, to Missoula, Montana, where his father was the University of Montana’s director of the School of Music. He is married to Michelle Schumacher, with whom he has two children.

J. K.’s paternal grandmother was Mamie Catherine Keister (the daughter of William Cooney Keister and Lydia Catherine Smith). Mamie was born in Virginia. William was the son of John Davis Keister and Elizabeth A. Bodkin. Lydia was the daughter of Joseph Smith and Rebecca F. Cook.

Genealogy of J. K. Simmons (focusing on his father’s side) – http://worldconnect.rootsweb.ancestry.com

Genealogy of J. K. Simmons (focusing on his mother’s side) – http://freepages.genealogy.rootsweb.ancestry.com