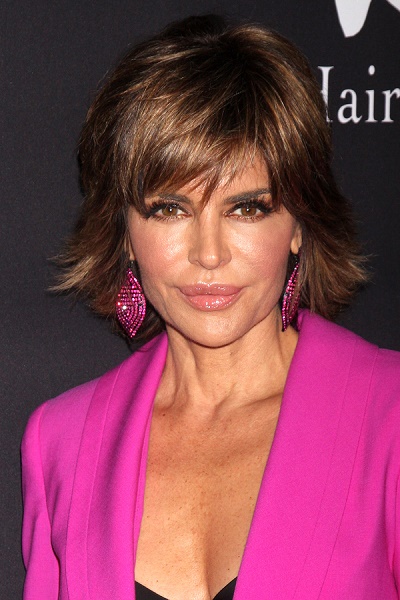 Rinna in 2014, photo by kathclick/Bigstock.com

Lisa Rinna is an American television host and actress.

Lisa is the daughter of Lois and Frank Rinna. She is married to actor Harry Hamlin, with whom she has two children.

Her mother survived an attack by the serial killer The Trailside Killer.

Lisa’s paternal grandfather was Ernest/Earnesto Rinna (the son of Marcello Rinna and Agnes Alloni). Ernest was born in Castro dei Volsci, Frosinone, Lazio, Italy. Marcello was the son of Antonio Rinna and Maria Carmina Deangelis. Agnes was the daughter of Francesco Gall and Rosa Serracini.