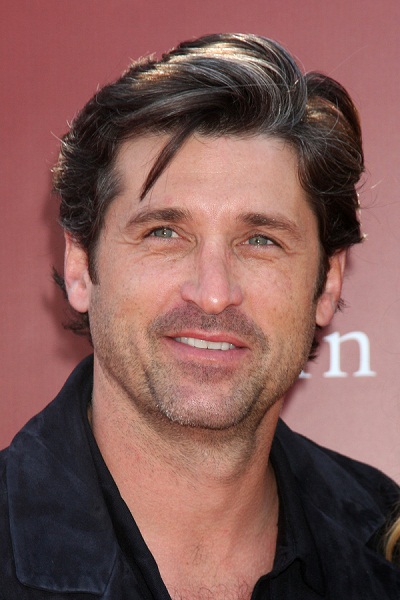 Dempsey in 2011, image via Joe Seer/Bigstock.com

Patrick Dempsey is an American actor and race car driver.

Patrick is the son of Amanda and William Dempsey. His father was born William Allen Schlossnagle, and took the surname of his own stepfather, John W. Dempsey.

Patrick is married to hairstylist and makeup artist Jillian Fink, with whom he has three children.

Patrick’s maternal grandfather was John Leroy Casson (the son of George Anthony Casson and Ida Butler). John was born in New York. George was born in Kendal, Westmorland, England. Ida was born in Massachusetts, the daughter of James B. Butler, who was born in London, England, and of Isabelle/Isabella Ross Ogilvie, whose parents were Canadian.

Patrick’s maternal grandmother was Margaret E. Grubb (the daughter of J. Wesley Grubb and Sarah/Sallie Jane Cass). Margaret was born in Pennsylvania. J. Wesley was the son of Amos Grubb and Charlotte Hook. Sarah was the daughter of George W. Cass and Amanda C. McVaugh.

Patrick’s matrilineal line can be traced to Silindra Clinda Hansell, who was born c. 1818, and to her mother, Mary Sehman.

Genealogy of Patrick Dempsey (focusing on his father’s side) – https://www.geni.com