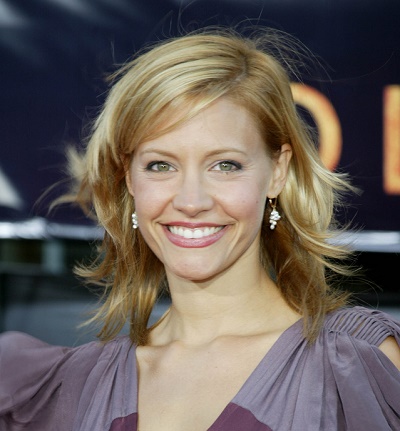 Strickland in 2004, photo by Prphotos

KaDee Strickland is an American actress. She is married to actor Jason Behr, with whom she has a son.

KaDee’s paternal grandfather was Andrew Jackson Strickland (the son of Noral William Strickland and Virginia “Jennie” Barber). Andrew was born in Georgia. Noral was the son of Robert M. Strickland and Sophia Jane “Suffy” or Ceiney Anne Smith. Virginia was the daughter of Henry Obediah Barber and Matilda Tatum.

KaDee’s paternal grandmother was Isabelle Dixon (the daughter of Daniel Dixon and Sallie Rentha/Marintha Chancey). Isabelle was born in Georgia. Daniel was the son of Griffin Dixon and Elizabeth/Elisabeth Dixon. Sallie was the daughter of Lewis William Chancey and Isabella Minora “Manorah” Bennett.

KaDee’s maternal grandmother was Nella Knowles Maddox (the daughter of Harry Edward Maddox and Evelyn Nelle Knowles). Nella was born in Georgia. Harry was the son of George Wainswright Maddox and Georgia Olivia Harris. Evelyn was the daughter of Julius Travenia Knowles and Minnie Ophelia Herring.

KaDee’s nine times great-grandmother Margaret Cornish was born in Africa, and was the servant of a planter in the Virginia colony. After marrying John Gowan, another African slave, she began a relationship with Robert Swett/Sweat, a white planter from England, who owned the plantation next door. She gave birth to his son, Robert Cornish Sweat, who is KaDee’s eighth great-grandfather.

Genealogy of KaDee’s paternal great-grandmother, Virginia “Jennie” Barber (focusing on her own mother’s side) – http://worldconnect.rootsweb.ancestry.com