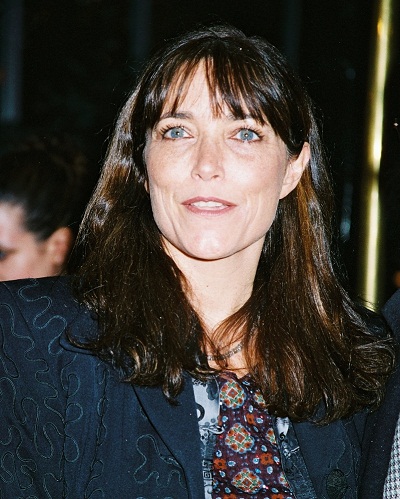 She is the daughter of Ruth Patricia (Howell) and Carroll Thompson Allen, an FBI agent. She has described herself as being of English, Irish, Scottish, and Welsh descent. She has a son with her former husband, actor Kale Browne.

Karen’s paternal grandmother was Hazel Jane Thompson (the daughter of Albert Alonzo Thompson and Sarah “Sally” Josephine/Jane Edwards). Hazel was born in Illinois. Albert was the son of David Thompson and Mary Jane Cole. Sarah was the daughter of William Presley Nowlin Edwards and Ellen/Ellinder Jefferies.

Karen’s maternal grandfather was Fred Uriah/William Howell (the son of John J. Howell and Augusta L. Snell). Fred was born in Illinois. John was the son of Uriah D. Howell and Elsie/Alice Nevius. Augusta was the daughter of Asa Snell and Priscilla Emeline Landon.

Karen’s maternal grandmother was Florence Lucille Stanley (the daughter of Edward Buchanan Stanley and Sarah M. Kirby). Florence was born in Illinois. Edward was the son of Matthew Cook/C. Stanley and Elizabeth Armstrong. Sarah was the daughter of William Kirby and Expeirene Perrings.