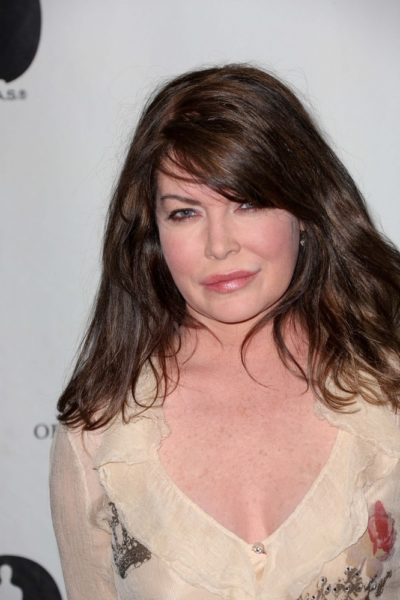 Lara Flynn Boyle is an American actress and producer. She is named after Lara from the novel Doctor Zhivago.

Lara’s paternal grandfather was Charles A. Boyle (Charles Augustus Boyle, the son of Michael Melvin Boyle and Margaret Roseanne/Rose Marsh). Charles was born in Spring Lake, Michigan, and was a politician; a member of the Democratic Party, he served as a Member of the U.S. House of Representatives from Illinois, from January 3, 1955 to November 4, 1959, his death. Michael was born in Michigan, the son of Thomas Boyle, who was Irish, and of Honora/Nora Melvin, whose parents were Irish. Margaret was the daughter of Charles F. Marsh, who had deep roots in the U.S., and of Elizabeth Helena Kenney, who born in Canada, to Irish parents.

Lara’s paternal grandmother was Helen L. Shaughnessy (the daughter of Thomas Joseph Shaughnessy and Mary Assumpta Baldwin). Helen was born in Chatsworth, Illinois. Thomas was the son of Irish parents, from County Clare, Thomas J. Shaughnessy, from Bodyke, and Mary Ann Crimmins, from Kilrush. Lara’s great-grandmother Mary was the daughter of an Irish father, James Baldwin, from County Waterford, and of Margaret Cooney, who was born in Illinois, and likely was of Irish descent.

Lara’s maternal grandfather was Jacque/Jack/Charles Alois Negro (the son of Annibale G. Negro and Clara K. Hugel/Hiegel). Jacque was born in Illinois. Annibale was was born in Pralungo, Biella, Piedmont, Italy. Clara was the daughter of Aloise Hiegel, who was born in France, of German descent, and of Agnes M. Schebler/Scheppler/Schepler, who also had German ancestry.

Genealogy of Lara Flynn Boyle (focusing on her mother’s side) – http://worldconnect.rootsweb.ancestry.com