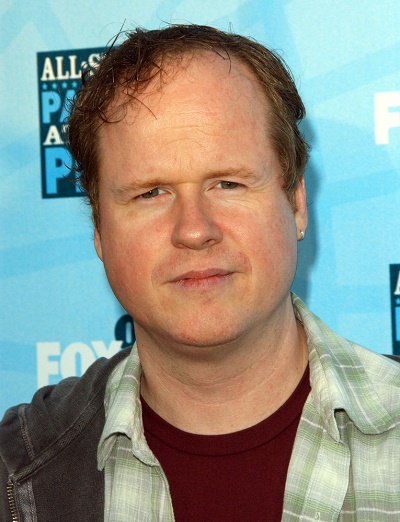 He is the son of Ann Lee (Jeffries) Stearns, a teacher, and Tom Whedon (Thomas Avery Whedon), a television writer. He is the brother of screenwriter and musician Jed Whedon and filmmaker and comic book artist Zack Whedon. Joss has two children with his former wife, architect and producer Kai Cole. His brother Zack is married to playwright and actress Eliza Clark, the sister of actor Spencer Treat Clark.

Joss’s paternal grandfather was John Whedon (John Ogden Whedon, the son of Burt Denison Whedon and Marian/Miriam Jameson Steele). John was born in New York, and was a television writer. Burt was the son of Charles Ogden Whedon and Ellen Frances Denison. Marian was the daughter of John Whedon Steele and Ella Frances Clark.

Sources: Genealogies of Joss Whedon (focusing on his father’s side) – http://worldconnect.rootsweb.ancestry.com
https://www.geni.com