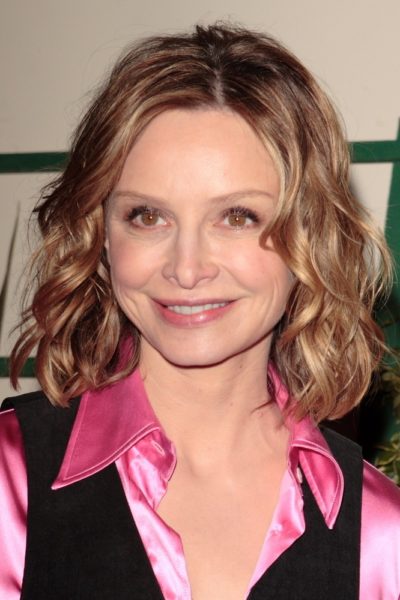 Flockhart in 2009, photo by Prphotos

Calista Flockhart is an American actress. Her roles include Ally McBeal, Brothers & Sisters, Supergirl, and the film The Birdcage.

Calista is the daughter of Kay and Ronald Flockhart. She is married to actor Harrison Ford, with whom she has a son, who is adopted.

Calista’s paternal grandfather was George Flockhart (the son of John Flockhart and Anna/Annie Clark). George was born in Boone, Boone Co., Iowa, to Scottish parents. John was the son of James Flockhart and Mary Smith. Anna was the daughter of James Clarke/Clark and Mary Fisher.

Calista’s paternal grandmother was Jewell Miller (the daughter of Charles/Charlie Edward Miller and Dora May Brown). Jewell was born in Springfield, Greene, Missouri. Charles was the son of Joseph Miller and Nancy Ann Miller. Dora was the daughter of Chancey/Chauncey A. Brown, whose mother was English, and of Lola Susan Noble.

Calista’s maternal grandfather was John Harold Honohan (the son of William D. Honohan and Calista/Caleste/Celeste Mary Sproule). John was born in Chicago, Cook, Illinois, to parents of Irish heritage. William was the son of a father surnamed Honohan, and of Mary A. Lynch, whose parents were Irish. Calista’s great-grandmother Calista was the daughter of John James Sproule and Mary Ann Quigley, who were the children of Irish parents.

Calista’s maternal grandmother was Evelyn Mary Sproule (the daughter of Andrew R. Sproule and Adeline/Addie/Adelaide Martens/Marten). Evelyn was born in Galena, Jo Daviess, Illinois. All of Andrew’s grandparents were Irish; Andrew was the son of John James Sproule and Mary Ann Quigley. Adeline was the daughter of Henry Martens/Marten, whose parents were German, and of Mary M. Huber, who was German.

Genealogies of Calista Flockhart (focusing on her father’s side) – http://worldconnect.rootsweb.ancestry.com
https://www.geni.com

Genealogy of Calista’s paternal grandmother, Jewell (Miller) Flockhart (focusing on her own mother’s side) – https://www.findagrave.com

Genealogy of Calista’s mother (focusing on her own mother’s side) – http://worldconnect.rootsweb.ancestry.com