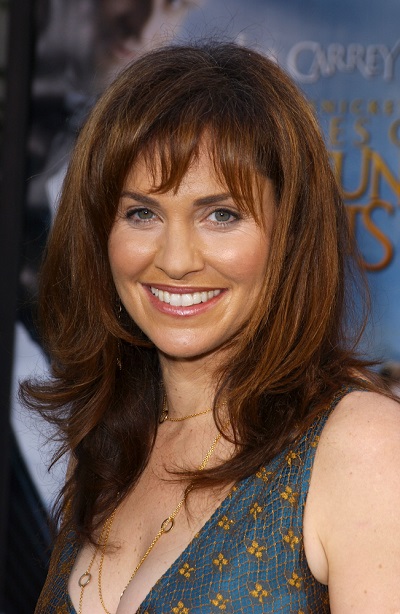 Brenneman in 2004, photo by PrPhotos.com

Amy Brenneman is an American actress, writer, and producer. Her father’s ancestry includes Swiss-German (the origin of her surname), German, English, Irish, and Scottish. Her mother’s family was Jewish, from Germany, Russia, and Lithuania. While Amy has described herself as “half Jewish,” she is a practicing Episcopalian Christian. Her mother had joined a Congregationalist church as an adult.

Amy is married to television and film director Brad Silberling, with whom she has two children.

Amy’s patrilineal ancestry can be traced to Melchior Breniman/Bronimann/Brenneman, who was born, c. 1631, in Steffisburg, Bern, Switzerland.

Amy’s paternal grandmother was Anita Marguerite Seeds (the daughter of Robert Lee Seeds and Anna Beatta Stearns). Anita was born in Ohio. Robert was the son of John Wesley Seeds and Mary Hoover. Anna was the daughter of Joseph Marion Stearns and Mary Jane Clark.

Amy’s maternal grandmother was Kate Friedman (the daughter of Joseph A. Friedman/Freedman and Bertha Mostovsky). Kate was a Jewish emigrant from either Russia or Lithuania.