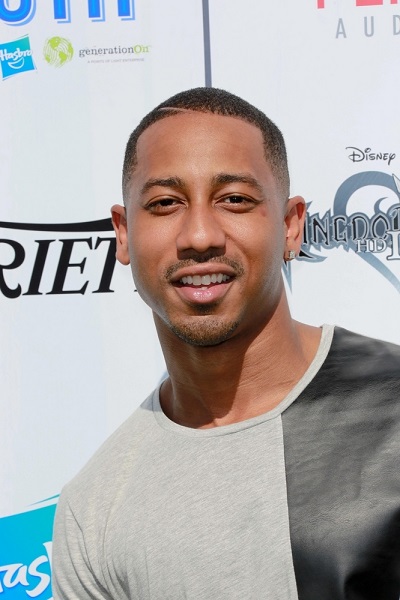 Jackson in 2013, photo by Prphotos.com

Brandon T. Jackson is an American stand-up comedian, rapper, actor, and writer. He is African-American.

Brandon is a second cousin, once removed, of politician and lawyer Keith Ellison, through their shared Ellison line.

Brandon’s paternal grandmother is Willie Mae Baker (the daughter of Henry Baker and Viola Ellison). Willie was born in Georgia. Viola was the daughter of Zollie Crawford Ellison, who was born in to slavery, and of Lula/Lucy Ann Striggles.

Brandon’s maternal grandfather is Royal Titus Bozeman (the son of William Maurice Bozeman and Mable/Mabel Pettus). Royal was born in Indiana, and was a Pentecostal child preacher. William was the son of Charles Bozeman and Mary Lena Terry. Mable was the daughter of Gold Pettus and Mary Level.

Brandon’s maternal grandmother is Corinne Yvonne Arnold (the daughter of Louis Cornelius Arnold and Helen A. Cox). Corinne was born in Kentucky. Louis was the son of Mansfield Arnold and Corine/Corena Tandy. Helen was the daughter of Millard R. Cox and Birdie/Bertie/Berdie Burton.

Sources: Genealogy of Brandon’s father (focusing on his own mother’s side) – http://familytreemaker.genealogy.com