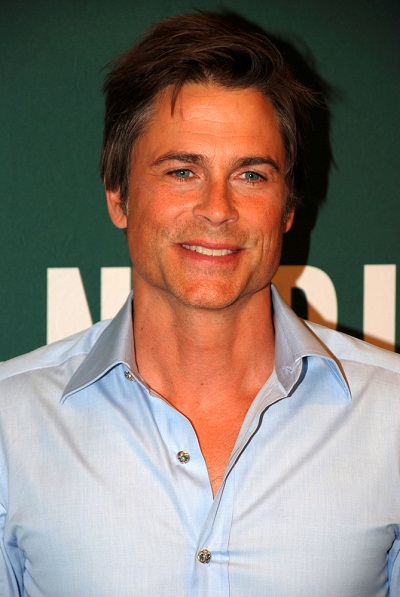 Rob Lowe is an American actor. He was born in Charlottesville, Virginia, the son of Barbara Lynn (Hepler), a schoolteacher and native of Shelby County, Ohio, and Charles Davis Lowe, a trial lawyer. His brother is actor Chad Lowe (Charles Davis Lowe II).

Ro is of approximately half German ancestry (both of his parents were of part German descent). Rob also has English, Irish, Welsh, and Scottish ancestry.

Rob’s paternal grandmother was Maurine Davis (the daughter of James Oliver Davis and Nell/Nellie/Nelle H. Rushen/Rusken/Ruskin). Maurine was born in California. James was the son of Newton M. Davis and Lucinda H. Bennett. Nell was the daughter of Mantford F. Rushen and Amanda Ellen Hoss.

Rob’s maternal grandfather was Robert Monroe Hepler (the son of Oran William Hepler and Bessie Mae/May East). Rob’s grandfather Robert Hepler was born in Ohio. Oran was the son of Lewis Hepler and Sarah Ellen Alt, who were of German descent. Bessie was the daughter of Monroe M./Samuel East and Priscilla Alice Crider, who were both also of German origin.

Rob’s maternal grandmother was Margaret Olive Grouver (the daughter of Harry Ford Grouver and Olive Marie Owen). Margaret was born in Ohio. Harry was the son of John J. Gruver, whose parents were German, and of Jane/Jennie Ellen Lilley. Rob’s great-grandmother Olive was the daughter of Griffith C. Owen and Melissa McFarlin.

Genealogy of Rob Lowe (focusing on his father’s side) – http://www.thefullwiki.org