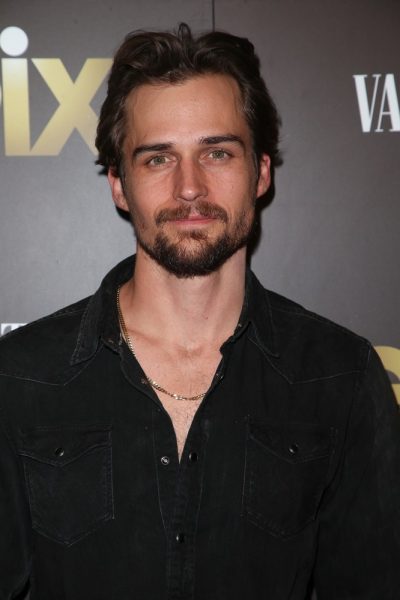 Jon-Michael Ecker is an American actor. His roles include the series Popland!, Corazón valiente, Gossip Girl: Acapulco, Cantinflas, and Queen of the South.

He is the son of actor Guy Ecker (Guy Frederick Ecker). His father was born in São Paulo, Brazil, to American parents, while his own father was working in business. Guy also lived in Colombia, Mexico, and Venezuela.

Jon-Michael’s paternal grandmother was Marion Hope Davies (the daughter of William John Davies and Dorothy/Doroty Smith). Marion was born in Illinois. William was born in Indiana, the son of Stephen Othniel Davies, a Welsh emigrant, from Pontypridd, and of Elizabeth Mary “Bess” Evans, whose parents were also Welsh. Jon-Michael’s great-grandmother Dorothy was born in Illinois, the daughter of Frederick William Smith, who was English, from Cannock, Staffordshire, and of Emma Nellie Herold, whose parents were German.

Jon-Michael’s maternal grandfather was Newman Willie Gibbs (the son of Willie/William Granville Gibbs and Minnie E. Wade). Newman was born in Oologah, Oklahoma, and had deep roots in the U.S., with mostly English ancestry. Willie was the son of Isaac Alexander Gibbs and Adelia Elizabeth Phillips. Minnie was the daughter of Noah E. Wade and Cora E. Floyd.

Jon-Michael’s maternal grandmother is Dolores/Delores L. Friessen (the daughter of William Friessen and Elsie May Ehde). Dolores was born in Iowa. William was the son of Dutch parents, from Swalmen, Limburg, Fred Vriessen and Petronella Schreurs. Elsie was the daughter of John C. Ehde, Sr., whose parents were German, from Mecklenburg, and of Wilhelmina Brandt, a German immigrant.