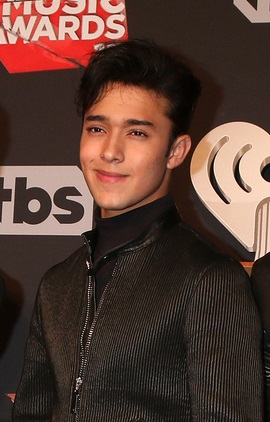 Pimentel in 2017, photo by Joe Seer/Bigstock.com

Joel Pimentel is an American singer. He is a member of the Latin boyband CNCO. His bandmates include Richard Camacho, Erick Brian Colón, Zabdiel de Jesús, and Christopher Vélez.

Joel is the son of Esteban Pimentel and Patricia de León, who is from Guadalajara, Jalisco, Mexico.

Joel’s maternal grandfather was named Luis Pimentel. A picture of him can be seen here.

Joel’s maternal grandmother is named Teresa “Chula.” A picture of her can be seen here.