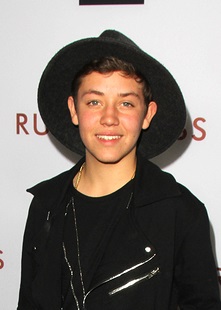 Ethan Cutkosky is an American actor.

Ethan is the son of Yvonne (Cabrera) and David J. Cutkosky. Ethan’s father has Polish, English, and Scottish ancestry. Ethan’s mother is of Mexican descent, as Ethan has stated.