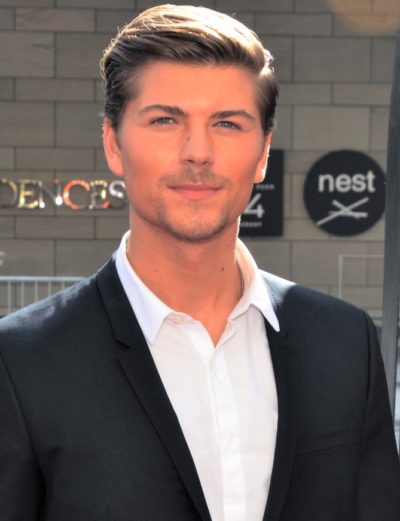 Serafini in 2015, photo by Prphotos.com

Amadeus Serafini is an American actor and model. His roles include the series Scream and the film Summer Days, Summer Nights. He was born in Los Angeles, California, and was raised between the U.S and Europe.

His surname, from his mother, is of Italian origin. His mother is of half Italian and half Polish descent. His father is of German, English, Irish, Danish, and one sixteenth Mexican, ancestry. Amadeus speaks fluent English, French, and Italian.

Amadeus’ paternal grandmother was Beverly Jeanne Taylor (the daughter of William Hammond Taylor and Ruby Madeline Poulson). Beverly was born in Utah. William was born in Colorado, the son of Charles Elisha Taylor, whose mother was Mexican, and of Mary Theresa Lally, whose parents were Irish. Ruby was born in Utah, to Danish parents, Niels Christian Poulson and Caroline Pedersen.

Amadeus’ maternal grandmother is Agnes Zawacki (the daughter of Frank Zawacki and Mary Cherwinski). Agnes is of Polish descent.