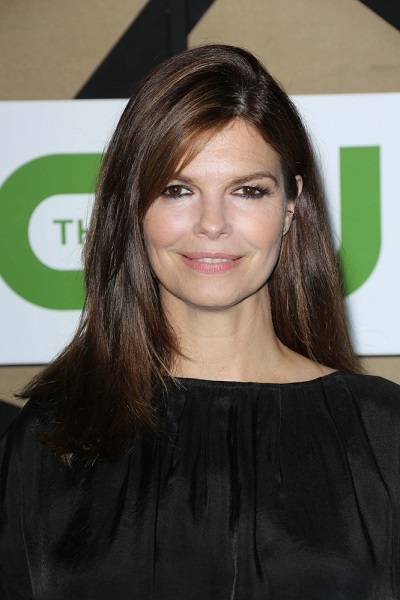 Tripplehorn in 2013, photo by Prphotos.com

Jeanne Tripplehorn is an American actress.

Jeanne is the daughter of Suzanne and Thomas Justice “Tom” Tripplehorn. Her father was a guitarist with Gary Lewis & the Playboys. Jeanne is married to actor Leland Orser, with whom she has a son.

Jeanne’s paternal grandfather was Joe/Joseph Konrad/Conrad Tripplehorn (the son of Meno Maurice Tripplehorn and Lillian Mae Whitman). Joe was born in Kent, Ontario, Canada, to American parents. Meno was born in Ohio, the son of ethnic German parents from the Russian Empire, Conrad Triplehorn and Catherine Zic. Lillian was born in New York, the daughter of George W. Whitman and Lena A. Martin.

Jeanne’s maternal grandfather was Frank Julian Neely (the son of David Huram Neely and Luretta/Loretta Lula Barkwell). Frank was born in Colorado. David was the son of Robert Franklin Neely and Mary Jane George. Luretta was the daughter of J. R. Barkwell and Clarietta Toalson.

Jeanne’s maternal grandmother was Margaret Jean Cutler (the daughter of Howard E. Cutler and Dorothy V. Crosslin). Margaret was born in Oklahoma. Howard was the son of James H. Cutler and Lavina/Vinnie/Luvinia Early. Dorothy was the daughter of John W. Crosslin and Estella Elizabeth Ward.