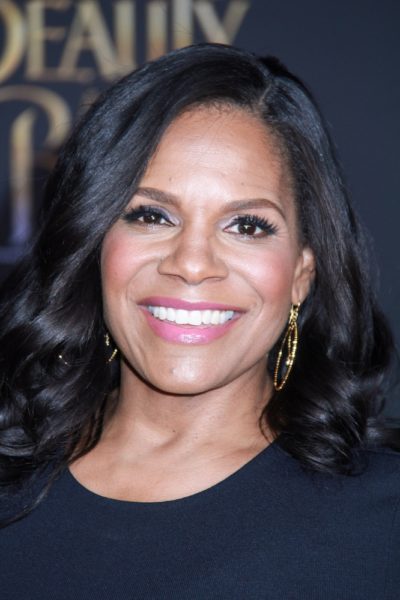 Audra McDonald is an American actress and singer. She has won the Tony Award six times, more than anyone else for acting Tonys.

Audra was born in West Berlin, Germany, to American parents, Anna Kathryn (Jones), a university administrator, and Stanley James McDonald, Jr., a high school principal. Her sister, Alison McDonald, writes and directs for television and film. She was raised in Fresno, California. Audra is married to actor Will Swenson. She has a daughter with her former husband, bassist Peter Donovan; and a daughter with Will.

Audra’s paternal grandfather was Stanley James McDonald (the son of Jessie McDonald and Ruth Lindsay/Lindsey). Stanley was born in Mississippi, and moved with his family to Fresno. Jessie was the son of Nellie Flowers.

Audra’s maternal grandfather was Thomas Hardy E. Jones (the son of Clarence Washington Jones and Anna Mae Hardy). Thomas was born in Virginia, and was a prominent academic. Clarence was the son of Lemuel Jones and Martha F. Kemp, who were born in Washington, D.C. Anna was the daughter of Floyd A. Hardy and Cora Virginia “Carrie” Haywood. Carrie’s parents, Crosky Haywood, born in Florida, and Amanda Kellogg, born in Georgia, were born into slavery.

A DNA test whose results were displayed on the show Finding Your Roots with Henry Louis Gates, Jr. (2021) stated that Audra’s genetic ancestry is:

Genetically, she was found to have a common ancestor with rapper and actor Sean Combs.