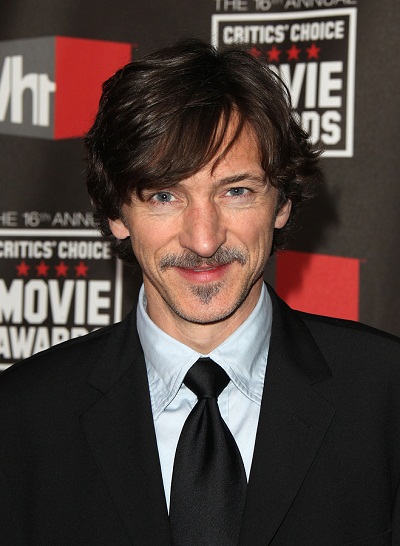 Hawkes in 2011, image via DFree/bigstock.com

John Hawkes is an American actor.

John’s paternal grandfather was Floyd Lloyd Perkins, Sr. (the son of Marvin Isaac Perkins and Alda Charlotta Hanson). Floyd was born in Minnesota. John’s great-grandfather Marvin was the son of Randall/Raynal Perkins and Eleanor/Ellen Todd, who was Canadian. Alda was Swedish, and was born in Augboda, Emmabo, Vissefjärda, Kalmar, the daughter of Nels/Nils August Hanson and Vilhelmina/Wilhelmina Almquist.

John’s maternal grandfather was Ingwald Gustav Olson (the son of Thorvald/Torval Martinus Olson and Ingeborg Endresdatter “Emma” Smeland/Seneland/Sureland). Ingwald was born in Minnesota. Thorvald was Norwegian, and likely was born in Oslo, the son of Gustav Olson and Amelia. Ingeborg was born in Bergen, Norway, and was the daughter of Gulleck Smeland and Anna.

John’s maternal grandmother was Vera Marie Doud (the daughter of Charles Theodore Doud and Laura Kristine/Christine/Christina Hansen). Vera was born in Minnesota. Charles was the son of Andrew Jefferson Doud and Mary Louisa Vinton. Laura was born in Minnesota, to Danish parents, Hans Peter Hansen, from Sjelland, and Karen Kristine Larsen, from Biltris.

Genealogy of John Hawkes (focusing on his mother’s side) – http://familytreemaker.genealogy.com