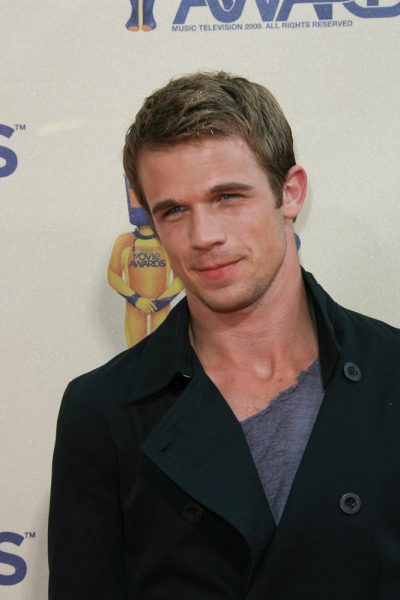 Cam Gigandet is an American actor and model. He is known for his roles on the series The O.C. and Ice, and in the films Never Back Down, Twilight, Easy A, and Burlesque, among others.

His sister, Kelsie Gigandet, is a celebrity hair stylist. He was raised partly in Auburn, Washington. He has three children with his partner Dominique Geisendorff.

Cam’s paternal grandfather was Herbert James Gigandet (the son of James Sylvestor Gigandet and Pearl Emily Bremm/Bremen). Herbert was born in Illinois. Cam’s great-grandfather James was the son of Hubert/Herbert Amos Gigandet and Clara Counts, and was of half French ancestry, along with English roots. Pearl’s parents, Peter Bremm and Dorette Wissel/Weisner, were of German descent.

Cam’s maternal grandfather is John Robert Cochran (the son of Kize Robert Cochran and Clarissa Mabel Johnson). John was born in Washington. Kize was the son of Oliver Barksdale Cochran and Mary Frances Martin, and had deep roots in the U.S. Clarissa was the daughter of John A. Johnson, who was Swedish, and of Sarah, who was Norwegian.

Cam’s maternal grandmother was Lilyan Kay Marksbury (the daughter of Maurice L. Marksbury and M. Ethel Dedrick). Lilyan was born in Poughkeepsie, New York. Maurice was the son of Marian Joseph Marksbury and Christina Lind, who was Danish. M. Ethel was the daughter of Alva Deidrick/Dedrick and Fannie May Stratton.