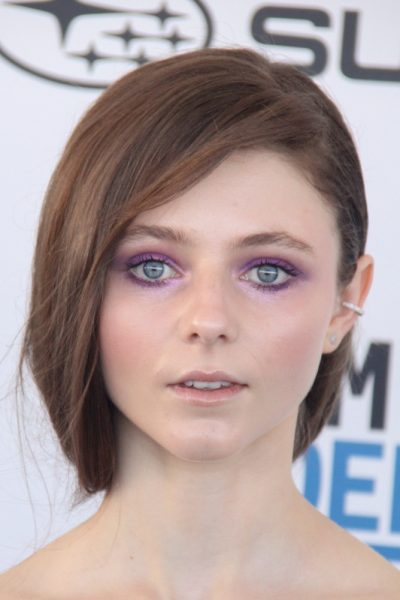 Thomasin McKenzie is a New Zealand actress, also credited as Thomasin Harcourt McKenzie and Thomasin McKenzie-Harcourt. She stars in the films Leave No Trace and Jojo Rabbit. She is the daughter of actress Miranda Harcourt and director Stuart McKenzie. Her uncle is presenter Gordon Harcourt.

Thomasin’s maternal grandfather was Peter Harcourt (Peter Millais Harcourt, the son of John Gordon Harcourt and Dorothy Le Geyt Millais). Peter was born in Wellington. John was the son of John Bateman Harcourt, who was born in Leamington, Warwickshire, England, and who had founded real estate firm Harcourt & Co. in Wellington, in 1888 (now Harcourts International); and of Harriette/Harriet Ellen/Helen Wallace/Walace. Thomasin’s great-grandmother Dorothy was the daughter of Henry William Highland Millais, who was born on Jersey, Channel Islands, and of Jessie Ann Louise Ross.

Thomasin’s maternal grandmother is actress Dame Kate Harcourt (born Catherine Winifred Fulton, the daughter of Gordon Fulton and Winifred Harriet Austin/Austen). Dame Kate was born in Amberley, North Canterbury. Gordon was the son of John Fulton and Catherine Macfarlane, whose parents were Scottish, her father from Letter Farm, Port of Menteith, Stirlingshire and her mother from Argylishire. Thomasin’s great-grandmother Winifred was the daughter of Austin Albert Austen and Winifred Cameron, who was Scottish.

Sources: Genealogy of Thomasin McKenzie (focusing on her mother’s side) – https://www.geni.com