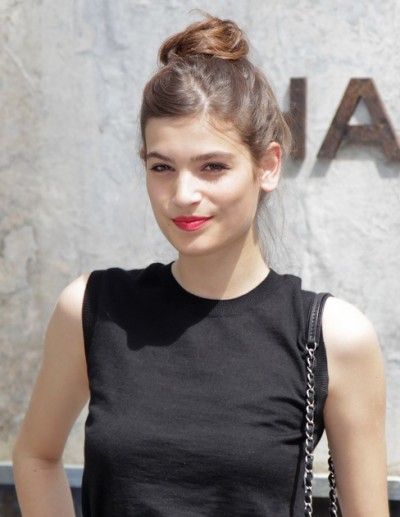 Jodorowsky in 2013, photo by Prphotos

Alma Jodorowsky is a French actress, fashion model, and singer. She is the daughter of actor and director Brontis Jodorowsky and actress Valérie Crouzet, and the granddaughter of Chilean-born director and author Alejandro Jodorowsky. She is a niece of French-Chilean singer Adán Jodorowsky/Adanowsky and actor Axel Jodorowsky.

Alma’s paternal grandfather is Alejandro Jodorowsky (Alejandro Jodorowsky Prullansky, the son of Jaime Jodorowsky Groismann and Sara Felicidad Prullansky Arcavi). Alejandro was born in Tocopilla, Chile, to Ukrainian Jewish parents, who had left the country because of pogroms. They had roots in Yekaterinoslav (now Dnipro) and Elisavetgrad (now Kropyvnytskyi). Jaime was a merchant.

Source: Genealogy of Alma Jodorowsky (focusing on her father’s side) – http://www.geni.com