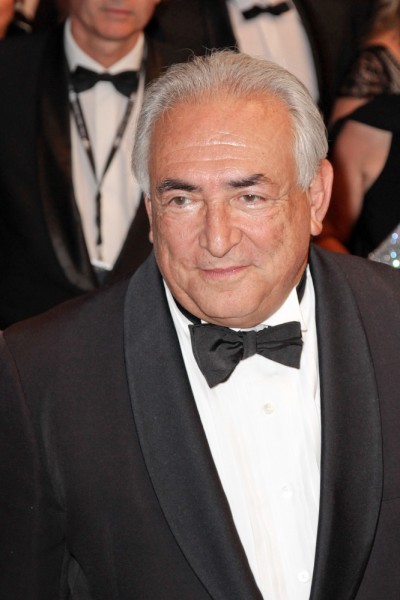 Dominique Strauss-Kahn is a French economist, lawyer, and politician. He is a member of the French Socialist Party (PS). He served as Minister of Finance of France, from 4 June, 1997 to 2 November, 1999, and Managing Director of the International Monetary Fund, from 1 November, 2007 to 18 May, 2011.

Dominique’s paternal grandfather was Gaston Reinhardt Strauss (the son of Gilbert Strauss and Gertrude Bloch). Gaston was born in Bischwiller, Alsace, France. Gilbert was born in Haguenau, Alsace, the son of Isaac Strauss and Henriette Lévy. Gertrude was the daughter of Benjamin Bloch and Caroline Weill.

Dominique’s maternal grandfather was Simeon/Shemaoun Andre Fellous (the son of Haim Fellous and Taita Hadjaj/Hagege). Haim was the son of Abraham Fellous and Manana Fellous, who were from Tunis, Tunisia. Taita was the daughter of Isaac Hagege.

Dominique’s maternal grandmother was Blanche Rosalie Breitman (the daughter of Grégor/Grégoire Georges Breitman and Tatiana Berkoff). Blanche was born in Thury, Yonne, Bourgogne-Franche-Comté, France. She was of Ukrainian Jewish descent. Grégor was born in Ananiev. Tatiana was born in Odessa. Through Blanche, Dominique is a second cousin of French actress and director Zabou Breitman.