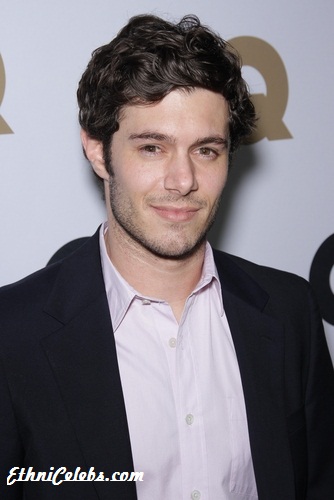 Brody in 2011, photo by s_bukley / Shutterstock.com

Adam Brody is an American actor, writer, musician, and producer. He is known for starring in the television series The O.C. and the films In the Land of Women and Ready or Not, among many others.

Adam’s parents, Valerie (Siefman) and Mark Brody, are both Jewish, and are both originally from Michigan. Adam had a Bar Mitzvah ceremony. He is married to actress Leighton Meester, with whom he has two children.

Adam’s paternal grandmother is Lenore/Lee Yovitz (the daughter of Max Yovitz and Fanny Yovis). Lenore was born in Michigan. Max was a Russian Jewish immigrant. Fanny was also born in Russia, to Jewish parents, Meyer Yovis and Anne.

Adam’s maternal grandfather was Harold W. “Harry” Siefman (the son of Jacob “Jack” Siefman/Seifman and Lillian ). Harold was born in Michigan, to Jewish emigrants from Eastern Europe, either Poland or Russia, depending on the census.

Genealogies of Adam Brody (focusing on his mother’s side) – http://familypedia.wikia.com
https://www.geni.com