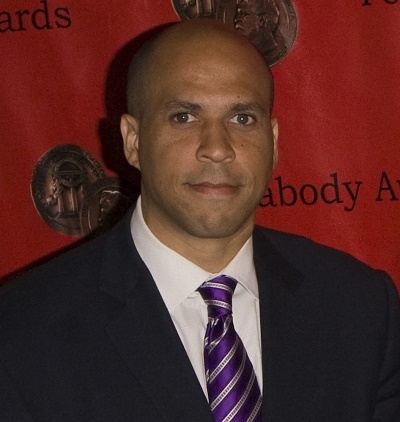 Cory is the son of Carolyn Rose (Jordan) and Cary Alfred Booker, who were executives at IMB. Cory’s parents are/were both black, as were all of his grandparents. One of Cory’s maternal great-grandfathers, Stephen Henry Brown, was white. Cory was raised in Harrington Park, New Jersey.

Cory’s paternal grandmother was Jessie/Jesse Lucille Booker (the daughter of Franklin “Frank” Booker and Mary Willie). Jesse was born in Kentucky or Tennessee. Franklin was the son of Harrison Booker. Mary was the daughter of Albert Christopher.

The show’s DNA matching showed Cory to have a close genetic connection to entertainer RuPaul.