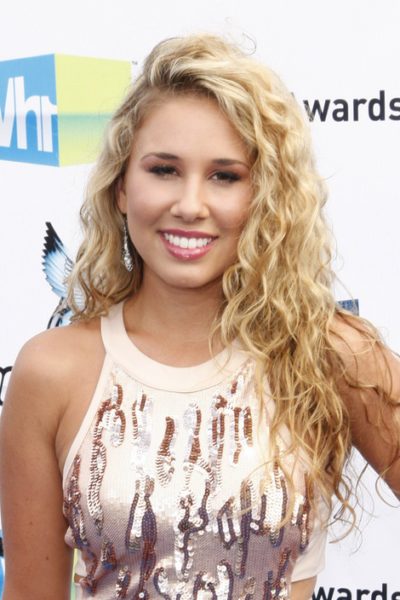 Reinhart in 2012, photo by Prphotos.com

Haley Reinhart is an American singer, songwriter, and actress. She placed third on the tenth season of the series American Idol. Her sister, Angela, is also a musician.

Haley’s paternal grandfather was Harry J. Reinhart, Sr. (the son of John Reinhart and Marie Hoffmann). John was the son of Ferdinand Reinhart, who was German, and of Katherine “Kate” Leash, whose parents were German.

Haley’s maternal grandmother was Emma Elvira Blask/Blasco (the daughter of Fortunato/Fred Blasco and Maria/Mary Clorinda Giglio). Emma was born in Illinois, to parents from Italy.