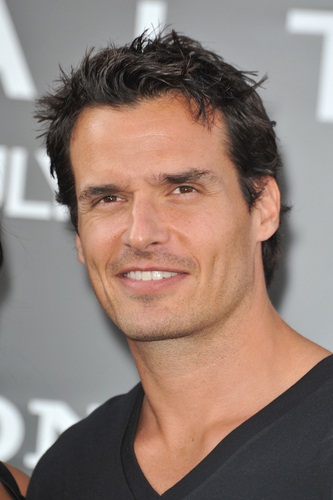 Sabato in 2010; photo by Featureflash / Shutterstock.com

Antonio Sabàto, Jr. is an American actor, model, and politician. He was born in Rome, Italy, and moved to the United States with his family at the age of twelve, settling in Los Angeles, California.

His father, actor Antonio Sabàto, Sr., was Italian, and was born in Montelepre, Province of Palermo, Sicily, Italy. His mother, Yvonne, is Czech, and was born in Prague after WWII. Her remarriage surname is Kabouchy.

Antonio’s maternal grandmother, who was Jewish, had to conceal the family’s Jewish identity during the Holocaust. It is not completely clear if Antonio’s maternal grandfather was of Jewish background, though he has been described as an “aristocrat.” Antonio’s mother discovered her own Jewish heritage when she was in her 40s; she has stated “…while I don’t practice Judaism – I am not religious – I feel an attachment to it, an understanding now of who I am… And I do consider myself Jewish.” Antonio has stated, “When I tell people I’m an Italian Jew, they’re very amused by it.”

Antonio is a practicing Christian.