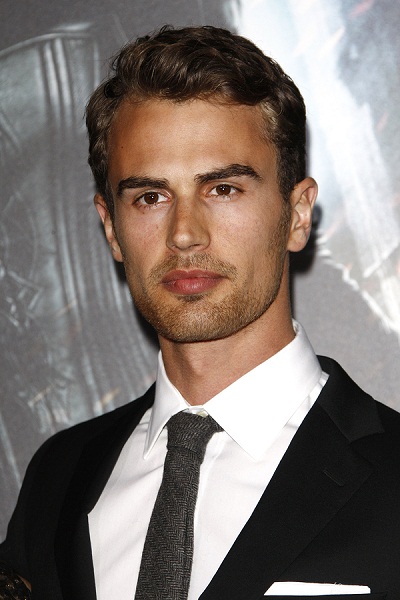 James in 2012, photo by Joe Seer/Bigstock.com

Theo James is a British actor. He is known for starring in the Divergent and Underworld films, and Archive, among other roles, and as the brand ambassador for Hugo Boss fragrances for men.

Theo is the son of Jane and Philip Taptiklis. He is married to Irish actress Ruth Kearney, with whom he has one child.

Theo’s paternal grandmother was Barbara Jean Dorothy Keech (the daughter of William Neale Keech and Gertrude Violet Beard). Barbara was English, born in West Derby, Lancashire. William was the son of James Neale Keech and Emily Ingram Willis. Gertrude was the daughter of Charles Albert Beard and Supheme Louisa Florentina Hedwig, who was from Prussia, Germany.

Theo’s maternal grandfather was surnamed Martin. He was likely of English or Scottish ancestry.