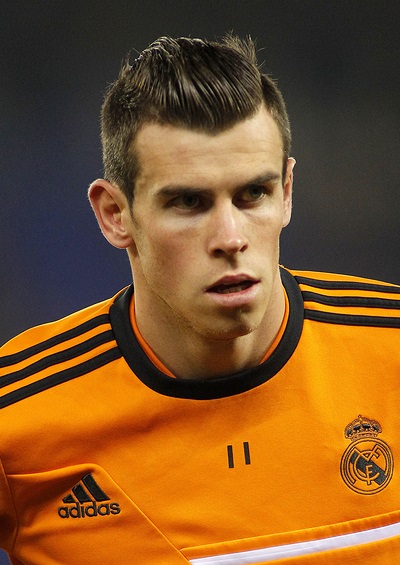 Bale in 2014, photo by Maxisports/Bigstock.com

Gareth Bale is a Welsh professional footballer. He holds the world record transfer fee, of £85.3 million (€100 million), to Real Madrid.

Gareth was born in South Glamorgan, Glamorganshire, Wales, to Deborah A. (Pike), an operations manager, and Frank G. Bale, a school caretaker. He is the nephew of former Cardiff City footballer Chris Pike. Gareth was eligible to play for England through his grandmother.

Gareth has three children with his fiancée Emma Rhys-Jones.

Gareth’s maternal grandparents may be Dennis Pike (the son of Frederick W. Pike and Elizabeth M. Griffiths) and Patricia A. Watson.