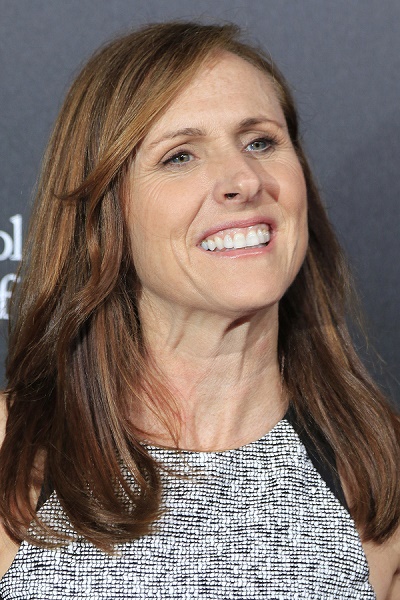 Shannon in 2014, photo by Joe Seer/Bigstock.com

Molly Shannon is an American actress and comedian. She is known for starring in Year of the Dog and Superstar, among many other films, and on Saturday Night Live.

Molly is the daughter of Mary Margaret “Peggy” (Keating) and James Francis Shannon. She is of Irish descent. She is married to artist Fritz Chesnut, with whom she has two children.

Molly’s paternal grandfather was Daniel Edward Shannon (the son of Michael James Shannon and Margaret Martin). Daniel was born in Ohio, to parents from Northern Ireland.

Molly’s paternal grandmother was Helen L. Dowdell (the daughter of George Dowdell and Julia McGuire). Helen was born in Ohio. George was born in Ireland. Julia was born in Canada, to Irish parents.