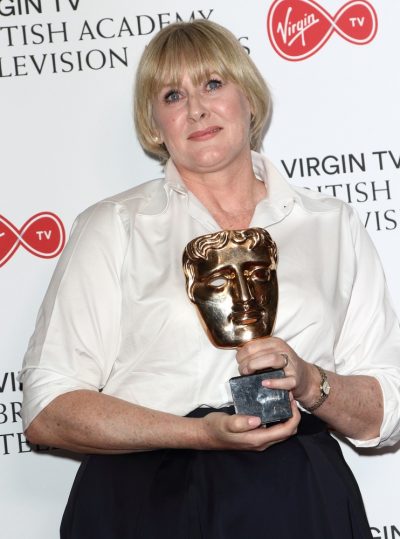 Sarah Lancashire is a British actress.

She is the daughter of Hilda and actor Geoffrey Lancashire. She is married to television producer and executive Peter Salmon, with whom she has three children.

Sarah’s paternal grandfather was John Lancashire (the son of Tom Lancashire and Mary Palmer). John was born in Lancashire.

Sarah’s maternal grandfather was Daniel McCormack (the son of Thomas McCormack and Catherine McCarron). Daniel was born in Londonberry, Ireland. Thomas was the son of Henry McCormack and Mary Jane McElaney.