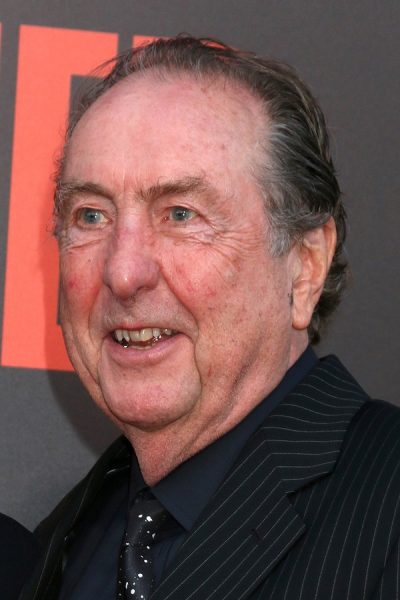 Idle in 2017, photo by kathclick/Bigstock.com

Eric Idle is an English actor, author, comedian, and musician. He is a member of the comedy troupe Monty Python, along with Graham Chapman, John Cleese, Terry Gilliam, Terry Jones, and Michael Palin.

He is the son of Norah Barron (Sanderson), a health visitor, and Ernest Idle, who served in the RAF during WWII. His father was killed in a road accident in December 1945. Eric was raised partly in Wallasey on the Wirral Peninsula.

Eric is married to model Tania Kosevich. He has a son with his former wife, Australian actress Lyn Ashley, and a daughter with Tania. He is a cousin of Canadian conductor Peter Oundjian; and Nigel Wray, who was Chairman of Saracens Rugby Club.

Eric’s paternal grandfather was Harry Idle (the son of Alfred Idle and Mary A. Hemingway). Harry was born in Earl Shilton, Yorkshire. Alfred was the son of Ralph Idle.

Genealogy of Eric’s father (focusing on his own father’s side) – https://www.wikitree.com