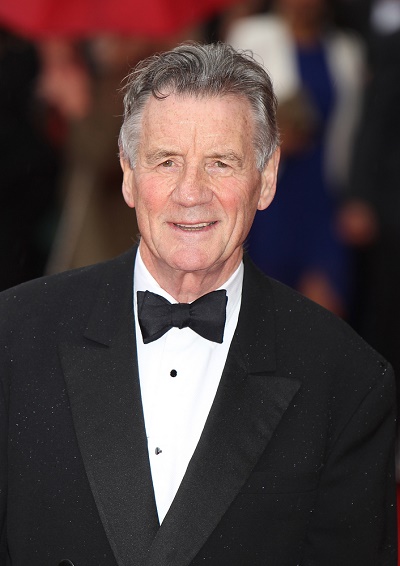 Ethnicity: English, as well as one eighth Irish, possibly some Scottish

Michael Palin is an English comedian, actor, writer, and television presenter. He is a member of the comedy troupe Monty Python, along with Graham Chapman, John Cleese, Terry Gilliam, Eric Idle, and Terry Jones.

Michael is the son of Mary Rachel Lockhart (Ovey) and Edward Moreton Palin. He is married to Helen Gibbins, with whom he has three children.

Michael’s maternal grandfather was Lieutenant-Colonel Richard Lockhart Ovey, DSO (the son of Richard Ovey and Clara Broadbent). Michael’s grandfather Richard Lockhart was born in Kensington, London, England, and was High Sheriff of Oxfordshire in 1927. Michael’s great-grandfather Richard was the son of Richard Ovey and Mary Eliza Ripley. Clara was the daughter of John Johnson Broadbent and Elizabeth Webster.

Michael’s maternal grandmother was Rachel Emma Chapman (the daughter of Abel Henry Chapman and Mary Fraser). Rachel was born in Gateshead, Durham, England. Abel was the son of Jonathan Chapman and Agatha Foster Reynolds. Mary was born in India, the daughter of John Richard Fraser, and may have had Scottish ancestry.