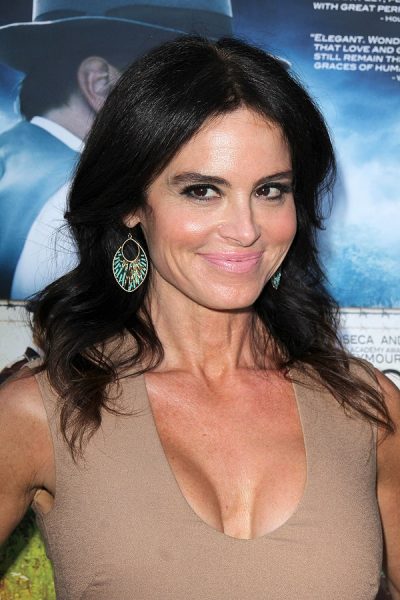 Russell in 2014, photo by kathclick/Bigstock.com

Betsy Russell is an American actress. She is known for starring in 1980s teen films, chiefly Private School and Avenging Angel, and as Jill Tuck in the Saw series.

She is the daughter of Constance and Richard Lion Russell, a stock analyst and financial writer. Her maternal grandfather was journalist and educator Max Lerner.

Betsy’s father was of German Jewish, as well as English Jewish and Dutch Jewish, descent. He was from a family that, on some lines, had lived in the United States since the 1700s, largely in South Carolina, among the first major Jewish communities in the U.S. Betsy’s maternal grandfather was a Russian Jewish immigrant, and Betsy’s maternal grandmother had German and English ancestry.

Betsy’s paternal grandfather was Harold Henry Jacobs/Russell (the son of Henry Hart Jacobs and Katherine/Kate/Katie Alexander Goldsmith). Betsy’s grandfather Harold was born in Washington, D.C., to Jewish parents who were born in South Carolina. Betsy’s great-grandfather Henry was the son of an English-born father, David Jacobs, and of a German-born mother, Rebecca Hollander. Betsy’s great-grandmother Katherine was the daughter of Abraham Alexander Goldsmith, who was born in South Carolina, and of Rose Hilzheim, who was born in Mississippi.

Betsy’s maternal grandfather was Max Lerner (the son of Benjamin Lerner and Bessie/Basha Podel/Podbersky). Max was born in Minsk, Belarus, then in the Russian Empire, to a Jewish family, and moved to the U.S. with his parents in 1907.

Genealogy of Betsy’s father (focusing on his mother’s side) – https://www.geni.com

Genealogy of Betsy’s mother (focusing on her own father’s side) – https://www.geni.com