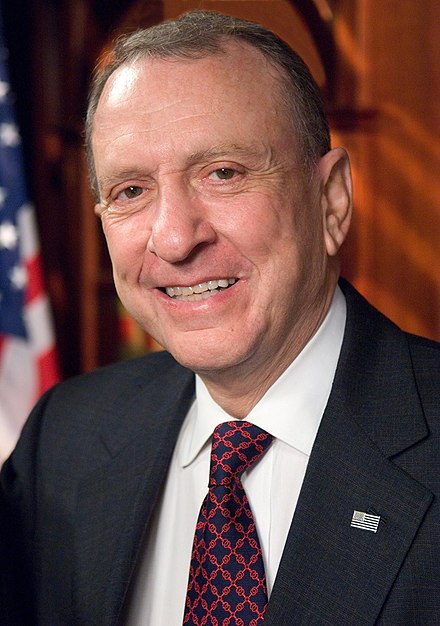 He was a candidate for the Republican Party’s nomination for President of the United States in 1996.

Arlen was the son of Lillie (Shanin) and Harry Aaron Specter. His parents were Jewish immigrants. His father was born in Bachkuryne, Cherkasy Oblast, Ukraine. His mother was also born in the Russian Empire. He was married to businessperson and politician Joan Specter, until his death. The couple has two children.

Arlen’s maternal grandfather was Mordecai “Max” Shanin (the son of Yehuda Leb Shanin and Anna Ugel). Mordecai was born in Mogilev, Belarus. Yehuda was the son of Ansel Asher Shanin and Rhoda.

Shapp, Agran, Lieberman, Karger, and Williamson were/are all Jewish by religion. Bennet and Steyer were raised in mixed-faith households, Bennet with a Jewish mother and Steyer with a Jewish father. Shapp was the first person of Jewish religion to mount a prominent campaign for a major party’s nomination for President of the United States.