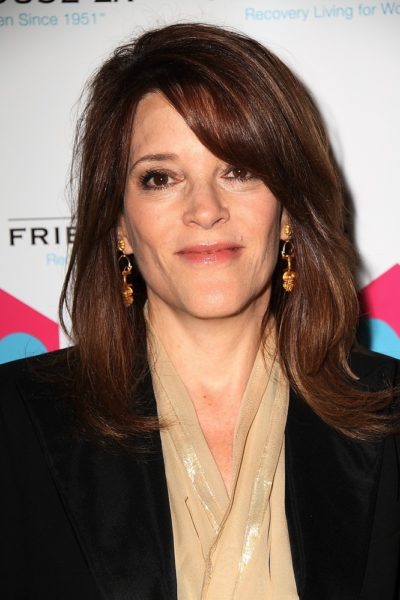 Williamson in 2010, photo by PrPhotos.com

Marianne is the daughter of Sophie Ann (Kaplan) and Samuel Williamson, an immigration lawyer. She has a daughter. Marianne was raised attending a Conservative Jewish synagogue. Her father was born in Michigan, to Russian Jewish parents. Her mother was born in Texas, also to Jewish parents from the Russian Empire, who were of Belarusian Jewish and Ukrainian Jewish descent.

Marianne’s paternal grandfather was named Solomon Williamson. Solomon was born in Russia. The family’s original surname is reported as Vishnevetsky.

Shapp, Agran, Specter, Lieberman, and Karger were/are all Jewish by religion. Bennet and Steyer were raised in mixed-faith households, Bennet with a Jewish mother and Steyer with a Jewish father. Shapp was the first person of Jewish religion to mount a prominent campaign for a major party’s nomination for President of the United States.

Sources: Interview with Marianne Williamson about being Jewish – https://www.jta.org