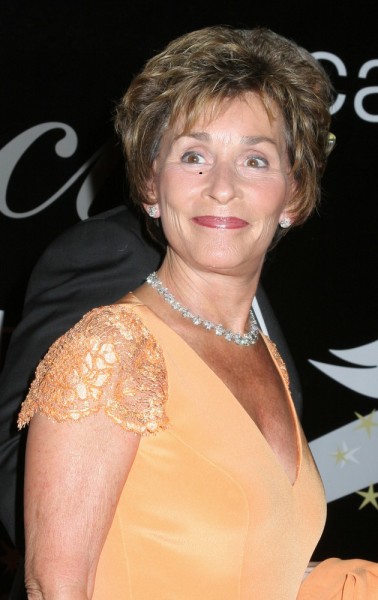 Sheindlin in 2006, photo by PrPhotos

Judy Sheindlin, also known as Judith Sheindlin and Judge Judy, is an American prosecution lawyer, family court judge, television personality, television producer, and author. She has been featured in the show Judge Judy since 1996.

Judy is the daughter of Ethel and Murray Blum. She is married to author and television personality Jerry Sheindlin. She has two children with her former husband, prosecutor Ronald Levy.

Judy’s paternal grandfather was named Jacob Israelit Blum (the son of Shaul Israelit and Rivka). Jacob was born in Odessa, in the Russian Empire. Shaul was born in Novogrudok, Belarus, the son of Moshe Mordechai Eisenstadt Israelit and Zivya.

Judy’s paternal grandmother was Lena Mininberg (the daughter of Hersh Ber Mininberg and Aydel Duckmann/Duckman). Lena was born in Russia. Aydel was the daughter of Benjamin Banish Duckman and Gittel Gertrude Dorfstein.

Judy’s maternal grandmother was named Mary Madiefsky (the daughter of Samuel Madiefsky and Nettie). Mary was born in New York, to parents from Russia.

Judy has ancestors from Belarus, the Czech lands, Poland, Austria, Lithuania, and Germany farther back.

Source: Genealogy of Judy Sheindlin (focusing on her father’s side) – http://www.geni.com