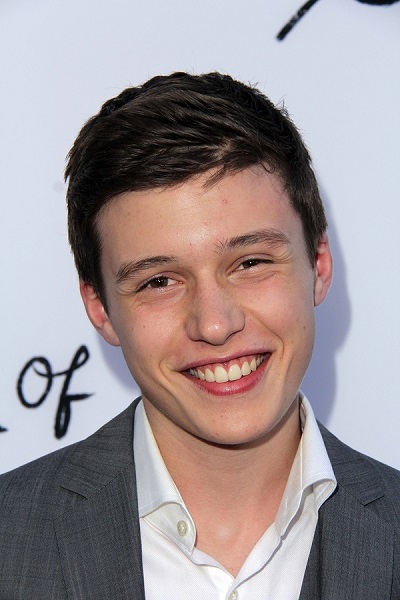 Robinson in 2013, photo by s_bukley/Bigstock.com

Nick Robinson is an American actor. He is known for his roles in the films The Kings of Summer, Jurassic World, Being Charlie, and Love, Simon, among others, and television’s A Teacher.

Nick’s maternal grandfather is Lawrence John Podnar (the son of George L. Podnar and Mary L. Srmeg). George was born in Minnesota, to Croatian parents, Juraj Matthew “George” Podnar, from Fratrovci Ozaljski, Karlovac, and Helen C. Kalcevic. Mary L. was born in Pennsylvania, the daughter of Ignatius/Ignatz/Ignac Srmek/Srmeg and Tereza/Theresa Sohar, who were also ethnic Croatians, with Ignatius being from Ugljan, Zadar.