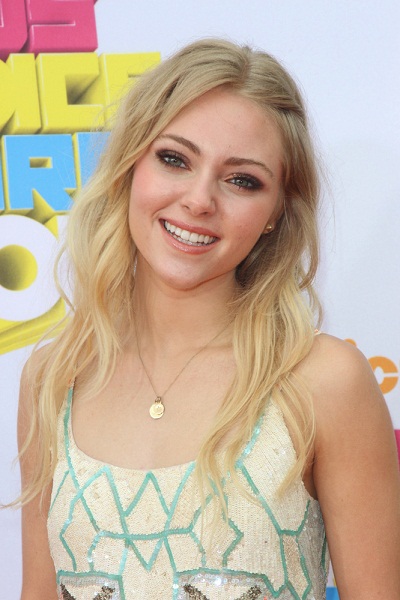 AnnaSophia Robb is an American actress, singer, and model. She has starred in the films Because of Winn-Dixie and Charlie and the Chocolate Factory (both 2005), Bridge to Terabithia (2007), Race to Witch Mountain (2009), and Soul Surfer (2011), among others.

AnnaSophia’s patrilineal line can be traced to William W. Robb, who was born in Aberdeenshire, Scotland.

AnnaSophia’s paternal grandfather was Joseph Austin “Joe” Robb (the son of Joseph Burnett Robb and Nellie D. Mudgett). AnnaSophia’s grandfather Joe was born in Albuquerque, New Mexico. AnnaSophia’s great-grandfather Joseph was the son of Joseph Austin Robb, who had deep lines in the U.S., and of Elizabeth M. Burnett, who was the daughter of English emigrants, from Liverpool. Nellie was the daughter of Leon Howard Mudgett and Elma Lucile Smith, who also had deep roots in the U.S.

AnnaSophia’s paternal grandmother was Anna Marie Ness (the daughter of Arnold Telvin Ness and Helen Margaret Thorson). Anna Marie was born in Montana. Arnold was the son of Theodor B. Ness and Annette Christine Blexrud, who were born in Minnesota, of Norwegian parentage. Helen was the daughter of Andrew/Anders Thorson and Emma J. Rosten, who were born in Iowa, also of Norwegian parentage.

AnnaSophia’s maternal grandfather is James Curtiss Andersen (the son of Frode Andersen and Della/Delia/Delila M. Jans). James was born in Minnesota. Frode was born in Minnesota, to Danish parents, Niels/Nels Peter Andersen and Ane/Anne Sophie/AnnaSophia Jacobsen. Della was the daughter of Frank D. Jans and Nettie K. Utesch, who were born in Iowa, both of them to German parents.

AnnaSophia’s maternal grandmother was Eleanor Louise Broström (the daughter of Werner William Brostrom and Mildred Louise Bullard). Eleanor was born in Massachusetts. Werner was the son of Swedish parents, Axel Wilhelm Broström and Hilma/Wilma Caroline/Carolina Vetterstrom/Wetterstrand. Mildred was the daughter of Henry E. Bullard and Julia A. Whelan, and was of mostly Irish descent.