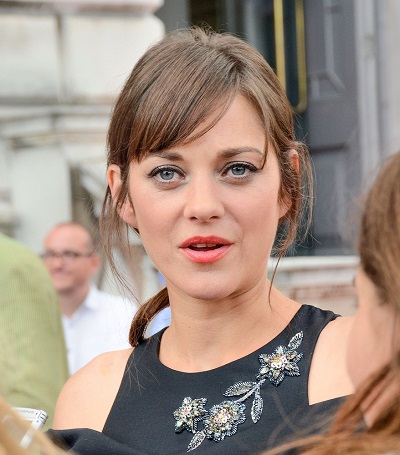 Cotillard in 2014, photo by Prphotos

Marion Cotillard is a French actress, singer, songwriter, musician, and environmentalist. She won the Academy Award for Best Actress for La Vie en Rose (2007). She is a Greenpeace spokesperson. She is also famous for her roles in the films My Sex Life… or How I Got Into an Argument, Taxi, Furia, Pretty Things, and the musical Nine.

Marion is the daughter of Niseema Theillaud (born Monique Theillaud), an actress and drama teacher, and Jean-Claude Cotillard, an actor, teacher, director, and mime. She has two children with her partner, actor Guillaume Canet.

Marion’s mother has been described as having Kabyle, a Berber ethnic group from Algeria, ancestry. This is not accurate.

Marion’s maternal grandfather was Raymond Georges Albert Theillaud (the son of Jules Xavier Theillaud and Eugénie Madeleine Bandel). Raymond was born in Paris. Jules was the son of François Theillaud and Catherine Moreau. Eugénie was of German descent, and was the daughter of Pierre Maurice Bandel and Anne Marie Kaufmann.

Genealogy of Marion Cotillard (focusing on her mother’s side) – http://worldconnect.rootsweb.ancestry.com