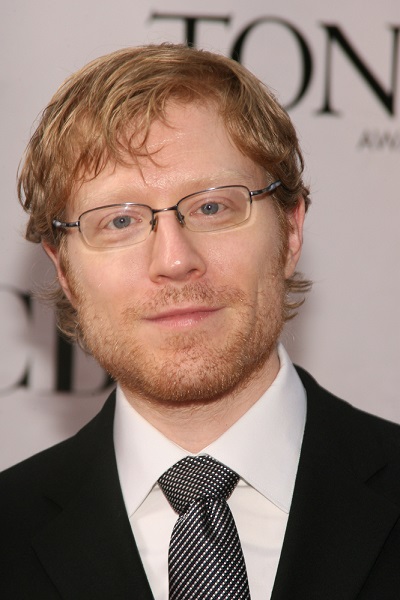 Anthony Rapp is an American actor and singer. He is known for playing Mark Cohen in Rent, and for his roles in the film Adventures in Babysitting and on the show Star Trek: Discovery, among others.

He was raised in Joliet, Illinois. He is the son of Mary Lee and Douglas Rapp. His brother is writer and filmmaker Adam Rapp. Anthony was raised Catholic. He has German, English, Irish, and Scottish ancestry.

Anthony has said (at least twice) that his paternal grandfather was Jewish. This does not appear to be accurate.

Anthony’s paternal grandfather was Albert Charles Rapp (the son of William Jacob Rapp and Florence A. Knapp). Albert was born in Pennsylvania. William was of German descent, the son of Conrad Rapp and Mary Wach. Florence was the daughter of Michael Joseph Knapp, who was born in Pennsylvania, to German parents, and of Abigail C. “Abbie” Haines, who was also of German descent.

Anthony’s maternal grandfather was Robert Ellis Baird. Robert was born in Pennsylvania, and was adopted, by Clifford E. Baird and Lena M. Rorick. Robert was born as Clarence Nelson Pardoe, the son of Charles Pascal Pardoe and Cora Mae Baldwin. Anthony’s biological great-grandfather Charles was the son of Wellington Charles Pardoe and Martha I. Wilcox. Anthony’s biological great-grandmother Cora was the daughter of Nelson Parson Baldwin and Lydia Shoemaker.

Anthony’s maternal grandmother was Delores/Dolores Lorraine Deane (the daughter of Wesley Clarke Deane and Hilda Amelia Eiswerth). Delores was born in New York. Wesley was the son of John J. Deane, who was born in England, and of Clara A. Henning, who was Canadian. Hilda was the daughter of Mark Eiswerth/Eiswirth, who was German, and of Anna Theresia “Theresa” Engel, who was also of German origin.

Anthony’s great-grandmother, Florence A. Knapp, on the 1900 U.S. Census – https://familysearch.org