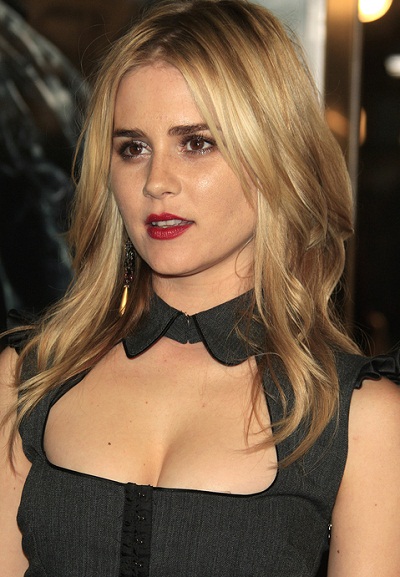 Lohman in 2007, photo by Joe Seer/Bigstock.com

Alison Lohman is an American actress. Her roles include Matchstick Men, Big Fish, Drag Me to Hell, Flicka, and Gamer, among others.

She is married to director, producer, and filmmaker Mark Neveldine, with whom she has three children.

Alison’s maternal grandfather was Curtis George Dunham (the son of Curtis George Dunham and Genevieve Beatrice Louise Odette). Alison’s great-grandfather Curtis was the son of Frederic/Frederick C. Dunham and Grace Bates Gearhart. Genevieve was the daughter of Edmund/Edmond George Odette, a Canadian politician, whose father was French-Canadian, and of Ethel Beatrice Hobson.

Alison’s maternal grandmother was Marion Jean Jones (the daughter of Cecil Wernor Jones and Loretta Alfreda Murphy). Marion was born in Windsor, Ontario, Canada. Cecil was the son of Alfred Erie Frances Jones and Emma Mogk, who was of German descent. Loretta was the daughter of Michael Joseph Murphy and Ellen Catherine “Nellie” Flanigan, who were born in Ontario, both of them to Irish parents, with Ellen’s father being from Ardagh, Mayo.