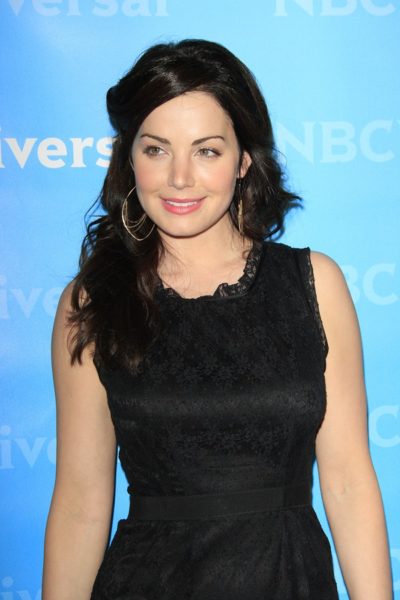 Durance in 2012, photo by Joe Seer/www.bigstockphoto.com/

Erica Durance is a Canadian actress, producer, and director. She is known for her roles on the series Smallville and Saving Hope, and in the film The House of the Dead.

Erica was raised in Three Hills, Alberta. She is married to actor David Palffy, with whom she has two children. She has also been billed as Erica Parker, the surname of her former husband Wesley Parker.

Erica’s paternal grandfather was Leon Jones/Jone Durance (the son of Clarence Winfield Durance and Mabel Estelle Soutar). Leon was born in Washington. Clarence was born in Michigan, the son of Jones Durance, whose father was English and whose mother was of half French-Canadian and half Colonial American descent; and of Lula Olive Carter. Mabel was born in Washington, to a Scottish father, Andrew Soutar, and to an English mother, Annie Pettett.