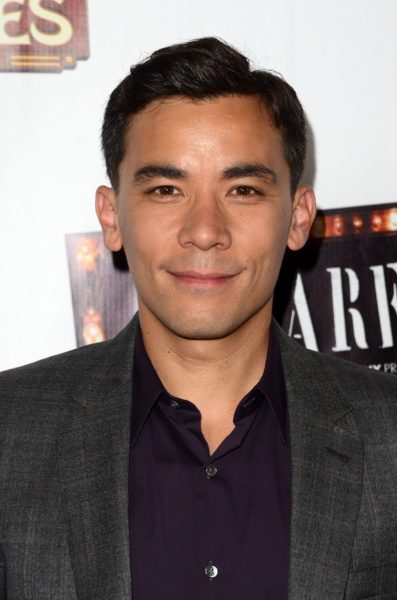 Ricamora in 2016, photo by kathclick/Bigstock.com

Conrad Ricamora is an American actor.

Conrad is the son of Dora and Ronaldo Fruto Ricamora. His father was born in Manila, Philippines, and moved to the U.S. at the age of ten. His mother is a white American. Conrad was raised by his father and stepmother Debbie in Niceville, Florida.

Conrad has stated that one of his ninth-great-grandfathers on his mother’s side married Judith Shakespeare, the daughter of English poet William Shakespeare.

Regarding his father’s ethnic background, Conrad has stated:

My dad was born in Manila. He was adopted and we are in the process of discovering the details of where his biological family is from, so that’s pretty exciting. He moved to the United States when he was 10.

Conrad’s maternal grandfather was Errol Wayne Baun (the son of Matthew Lloyd Baun and Mary Zelda Brideau). Errol was born in Virginia. Matthew was born in Ohio, the son of Matthew/Mathew John Baun, whose parents were German, and of Evelyn/Evelyne Rose Stafford. Mary was born in Maine, to Canadian parents, from New Brunswick, Hugues “Hugh” Brideau and Suzanne/Susan Brough/Brow.