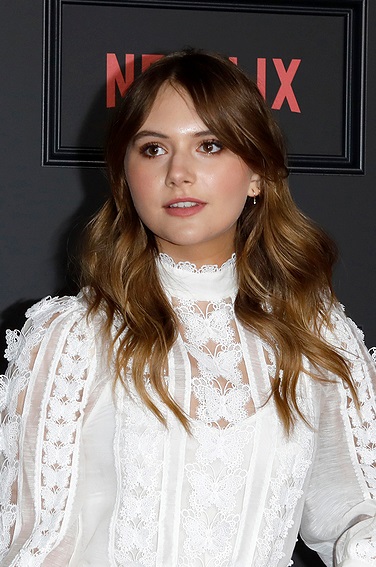 Jones in 2020, photo by kathclick/Bigstock.com

Emilia Jones is a British actress. She stars on the show Locke & Key and in the film CODA. She is the daughter of Claire Fossett and singer, and radio and television presenter Aled Jones. Her father is Welsh, and was raised in a small Welsh-speaking community, Llandegfan in Anglesey; he also has some English ancestry. Her mother is English.

Emilia’s paternal grandfather was Derek John Jones (the son of John Richard Jones and Violet Gabrielle Tyler). Violet was the daughter of Charles Tyler, who was from Hereford, England, and of a mother who was also English, from Hampshire.

Emilia’s paternal grandmother was named Nest Rowlands (the daughter of Emrys Rowlands). Emrys was the son of William David Rowlands and Ellen.