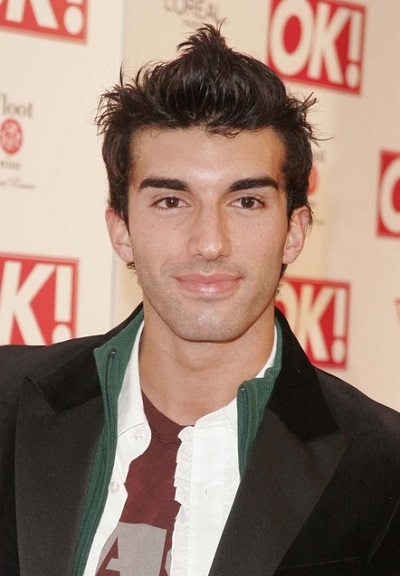 Baldoni in 2005, photo by Prphotos.com

Justin Baldoni is an American actor, director, and filmmaker.

His father is of Italian descent. His mother is Ashkenazi Jewish. Justin is married to Swedish actress Emily Baldoni (born Emily Malou Fuxler), with whom he has two children. He was raised partly in Medford, Oregon.

My mom (grew up) Jewish and became a Christian and then she found Baha’i faith in the 1970s. My dad was born Catholic but became Baha’i when he met my mom. So I grew up celebrating Christmas and Hanukkah. I became Baha’i at 15, and at the end of the day, I’m a seeker. And the one thing I know for sure is that something created me and us and that thing is exalted beyond my comprehension.

Justin’s paternal grandfather was Louis Ferriano Baldoni (the son of Natale Baldoni and Assunta Bini). Louis was born in Pitigliano, Province of Grosseto, Tuscany, Italy, and moved to the U.S. in 1912. A Democratic politician, he served as an Indiana State Senator.

Justin’s paternal grandmother was Grace Teresa Perri (the daughter of Samuel Perri and Elizabeth Perri). Grace was born in Indiana, to Italian parents, who were likely from Calabria.