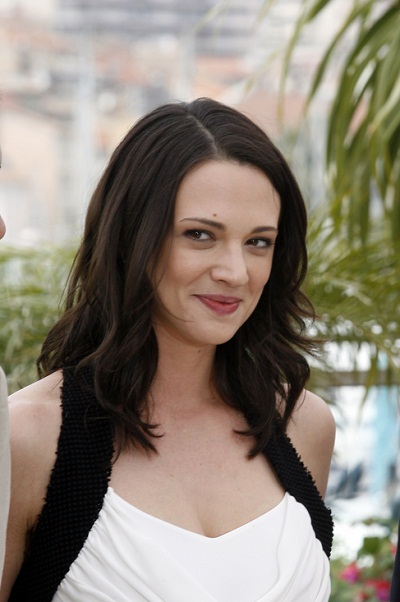 Asia Argento is an Italian actress, singer, model, and director.

She is the daughter of director Dario Argento and actress Daria Nicolodi. Her mother was born in Florence, Tuscany. Most of Asia’s ancestry is Italian, and she also has a Jewish great-grandmother through her direct matrilineal line. Asia is married to director Michele Civetta.

Asia was born under the name Aria, because the city registry office refused to record her parents’ preferred name, Asia. She has always used Asia as her name.

Asia’s paternal grandfather was Salvatore Argento (the son of Domenico Argento and Laudomia Mosca Moschini). Salvatore was born in Rome, and was an Italian film producer. Domenico was of Sicilian origin, from Girgenti (now Agrigento), and was the son of Salvatore Argento and Teresa Vinti. Laudomia was born in Perugia, Umbria, Italy, the daughter of Nazareno/Nazzareno Mosca Moschini and Letizia Genovefa Biscini. Through Laudomia, Asia is related to Rolando Mosca Moschini, a prominent Italian army general.

Asia’s paternal grandmother was Elda Luxardo (the daughter of Alfredo Luxardo and Margherita Perissinotto). Elda was a Brazilian photographer, who was born in Socoraba, São Paulo. Elda’s brother, Elio Luxardo, was a famous photographer. Elda’s father was from Santa Margherita Ligure, Province of Genoa, Liguria, Italy. Elda’s mother was from Mestre, Province of Venice, Veneto, Italy, and immigrated to Brazil with her family when she was four years old.

Asia’s maternal grandmother was Fulvia Casella (the daughter of Alfredo Casella and Yvonne Fanny Müller Loeb). Fulvia was a scholar of ancient languages. Alfredo was Italian, from Turin, and was a famous composer, pianist, and conductor. He was the son of Carlo Casella and Anna Maria Bordino/Uordino. Asia’s matrilineal great-grandmother Yvonne, a pianist, was Jewish, and was originally from Paris, France. She was the daughter of Louis Müller, who was born in Störmede, Soest, North Rhine-Westphalia, Germany, and of Estella Loeb, whose family was from Bechtheim, Alzey-Worms, Rhineland-Palatinate, Germany.