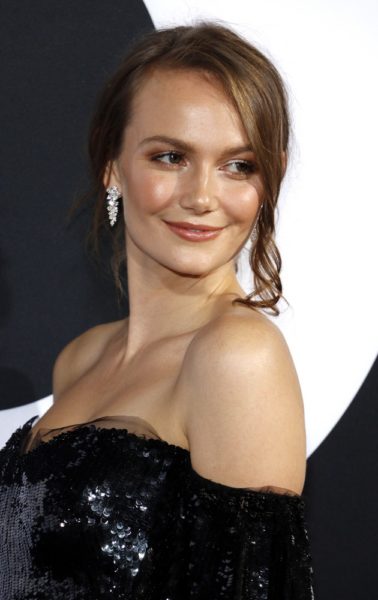 Andi Matichak is an American actress.

Andi’s paternal grandmother was Rita-Marie Peterson (the daughter of Carl Albert Peterson and Helen A. Smith). Rita-Marie was born in Illinois. Carl may have been of Swedish descent. Helen was the daughter of German immigrants, August Smith and Mary Bruder.

Andi’s maternal grandmother was Lillian Rose Spudich (the daughter of Ivan/John L. Spudich and Sofia/Sophia F. Zarr/Car). Lillian was born in Illinois, to Croatian parents. Ivan was born in Leskovac Barilovićki. Sophia was from Carevo Selo.