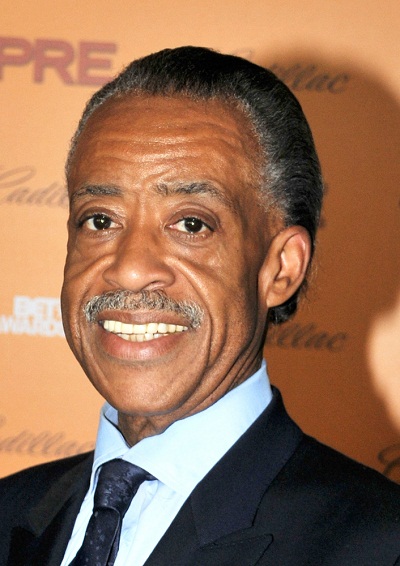 Sharpton in 2012, photo by Prphotos.com

Al is the son of Ada (Richards) and The Rev. Alfred Charles Sharpton. He has two children with his former wife Kathy Jordan.

Al’s maternal grandfather was Emmett Richards (the son of Joseph W. Richards and Minnie Lee). Emmett was born in Alabama. Minnie was the daughter of Mack Lee and Emma Robison.

Al’s maternal grandmother was Mattie D. Carter (the daughter of William H. Carter and Ada Jones). Mattie was born in Alabama. William was the son of William Carter and Ella Jones.

Genealogy of Al Sharpton (focusing on his father’s side) – http://www.wargs.com